વોટ્સેપ ગ્રુપમાં જોડાવા ક્લિક કરો
Std-1 Maths Home Leaning Activity Book | Useful for Pragna Varg. Pragna Class Std. 1 and 2 students get home learning literature and download pdf literature so that children can stay active.  As per the requirement of teachers and parents of the children, the entire education team through special BRP Pragya has tried to make the activity book available to the children and parents through different mediums so that the children of Std. 1 and 2 also get home learning.  A new experiment has been carried out to prepare and send this activity according to the book intelligence unit. 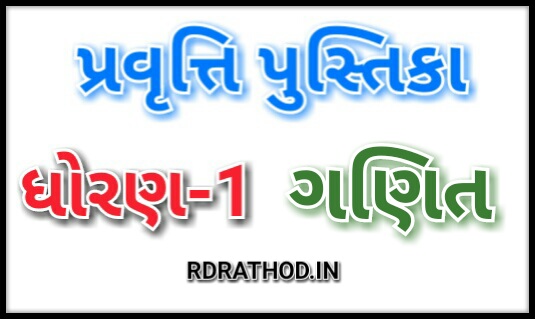