About Corona New Variant OMICRON symptoms and other detail

વોટ્સેપ ગ્રુપમાં જોડાવા ક્લિક કરો
Corona New Variant OMICRON Characteristics and Other Details
The coronavirus pandemic has taken the world by storm - be it the economy or the healthcare sector. Every passing year, a new variant strikes and after the Delta variant wreaked havoc in the second wave of COVID-19, OMICRON is the newest strain that has taken the world by storm. Now confirmed by the World Health Organization (WHO), the first case of the OMICRN variant was reported in South Africa, followed by similar cases in Hong Kong and Belgium. The health body has now named it a 'form of concern'.
સાઉથ આફ્રિકામાં મળી આવેલા નવા વેરિયન્ટને નામ અપાયુ ઓમિક્રોન
વિશ્વ આરોગ્ય સંગઠને ચિંતાજનક વેરિન્યટ જાહેર કર્યો
ઓમિક્રોનના લક્ષણો અને તેનાથી બચવાના ઉપાયો 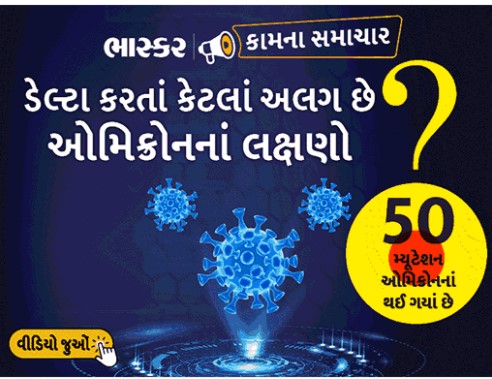 In a statement, WHO said, "Based on evidence indicating harmful changes in the COVID-19 epidemiology, TAG-VE has advised WHO that this variant should be designated as a VOC, and WHO has B.1.1 is designated. .529 as a VOC, named Omicron."
What are the features of the Omicron variant
South Africa's National Institute of Communicable Diseases stated that there are currently no exceptional symptoms following infection in B.1.1. However, patients infected with Omicron variants do not show symptoms as patients with delta-like variants. 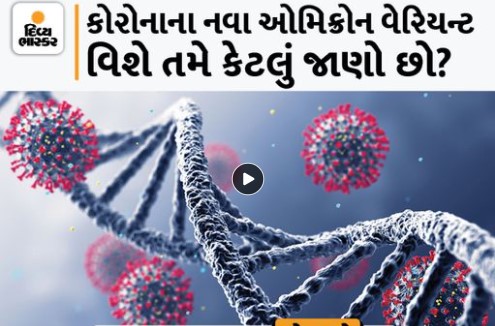 What precautions should people and individuals take
The WHO said countries can increase testing and make efforts to better understand SARS-CoV-2. On the other hand, people should wear full face masks and wash hands and maintain social distancing, ensuring adequate ventilation even indoors. People should not overcrowd and get vaccinated on time. How many patients currently have type Omicron
So far, more than 125 patients of this variant have been found worldwide. The highest number of 100 cases were reported in South Africa. Apart from this, about 10 patients were found in Botswana, two in Hong Kong and one in Israel. However, it is feared to spread very fast.
A new version of the corona virus, Omicron (b.1.1.529), has once again raised concern in all countries of the world. The WHO (World Health Organisation) has also expressed concern and listed it as a Variant of Concern (VOC). Omicron can be even more contagious than the delta version. So far, Omicro's patients have been found in 15 countries around the world including South Africa. 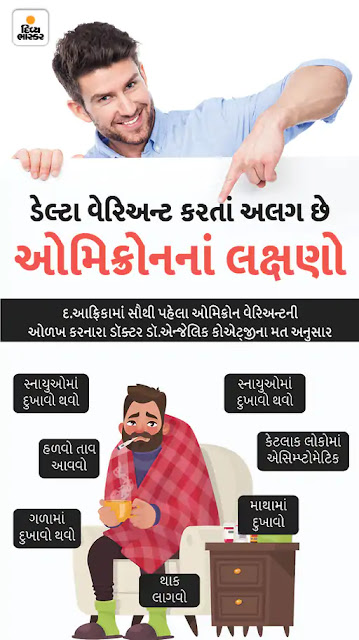 According to experts, monoclonal antibody therapy for Omicron can also weaken the immune response caused by vaccination or natural infection. WHO says no specific symptoms have been reported yet, but Dr. Angelique Coetzee from South Africa first reported the COVID-19 omicron variant. According to him, Omicron's "unusual but mild" feature is being observed. According to Dr. Angelique Coetzee, the characteristics of Omicron are different from those of Delta. Taste and smell were affected by the second type of corona infection, but this symptom was not seen in patients with Omicron. Sore throat but no complaints of cough.
Learn how dangerous Omicron is and what its properties are. Take this precaution if you see any kind of symptoms.
Are the symptoms of the new Omicron version different?
South Africa's National Institute for Communicable Diseases (NICD) states that the new variant currently shows "no unusual symptoms" have been reported, although, like the delta variant, some individuals are asymptomatic. 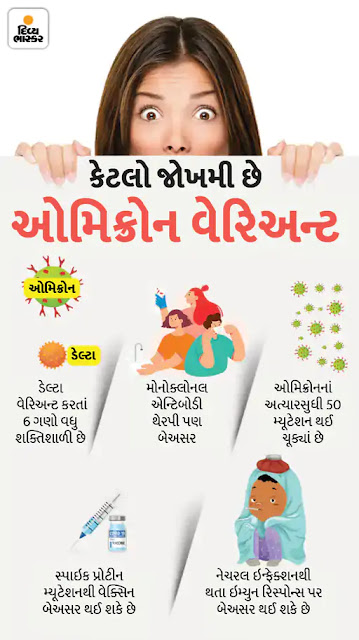 Can the new Omicron variant be detected through RT-PCR tests?
Although the NICD stated that deletions within the S gene would help in rapid identification of the variant, "most of the other targets (including the N and Rdrp genes) remain unaffected by the samples tested" so it is unlikely that the new variant The overall PCR test will affect the sensitivity. , "These PCR tests typically detect at least two different SARS-CoV-2 targets, which serves as a backup in case of mutations arising in one," the NICD said.
👉 બુસ્ટર ડોઝ શા માટે ? વાંચો અહીંથી

Corona's new omicron variant is dangerous, what are the symptoms, what are the ways to avoid it, know all the answers
For the first time in a year and a half, good news came in India during the Corona period, the number of cases reported is the least
Price of this item doubled for the first time in 14 years, even in cylinder 'inflation explosion', know today's big change
These IPL players became millionaires overnight, Iyer's salary increased 40 times, see list
The new variant has been named 'Omicron'.
In fact, there is no official permission to name a type of virus after a country. The World Health Organization (WHO) has directed that no type should be designated as a country of origin. Botswana also received the most 32 mutations B.1.1.1.529, also known as the Omicron variant.
What are the features of the Omicron variant
South Africa's National Institute of Communicable Diseases stated that there are currently no exceptional symptoms following infection in B.1.1. However, patients infected with Omicron variants do not show symptoms as patients with delta-like variants. 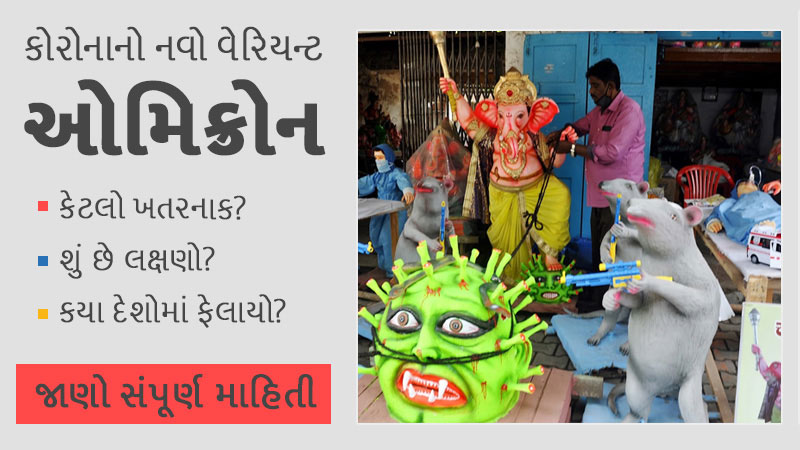 As per the instructions given by the Education Department with the above subject and reference, in the Government of Gujarat and affiliated with the Government of Gujarat in all government, grant-in-aid, self-reliant primary schools, children's teaching temples, practicing schools and teaching temples in the summer of 2030-21.  Dated from 07/2021.  Declared till 0304091.

Non-vacation eligible employees must attend during vacation as per rules.  The other instructions given in the reference resolution of the education department have to be followed.  All organizations under your jurisdiction should be informed about this.

With that in mind, action should be taken regarding mass promotion.
Download Paripatra PDF