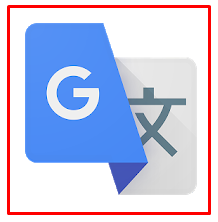 Translations between the following languages ​​are supported:
Afrikaans, Albanian, Amharic, Arabic, Armenian, Azerbaijani, Basque, Belarusian, Bengali, Bosnian, Bulgarian, Catalan, Cebuano, Chicheva, Chinese (Simplified), Chinese (Traditional), Corsican, Croatian, Czech, Danish, Dutch, English, Esperanto, Estonian, Filipino, Finnish, French, Frisian, Galician, Georgian, German, Greek, Gujarati, Haitian Creole, Hausa, Hawaiian, Hebrew, Hindi, Hmong, Hungarian, Icelandic, Igbo, Indonesian, Irish, Italian, Japanese, Javanese , Kannada, Kazakh, Khmer, Kinyarwanda, Korean, Kurdish (Kurmanji), Kyrgyz, Lao, Latin, Latvian, Lithuanian, Luxembourgish, Macedonian, Malagasy, Malay, Malayalam, Maltese, Maori, Marathi, Mongolian, Myanmar (Burmese), Nepali , Norwegian, Odia (Oriya), Pashto, Persian, Polish, Portuguese, Punjabi, Romanian, Russian, Samoan, Scots Gaelic, Serbian, Sesotho, Shona, Sindhi, Sinhala, Slovak, Slovenian, Somali, Spanish, Sundanese, Swahili, Swedish , Tajik, Tamil, Tatar, Telugu, Thai, Turkish, Turkmenistan, Ukrainian, Urdu, Uighur, Uzbek, Vietnam Emise, Welsh, Xhosa, Yiddish , yoruba, zulu
permission notice
Google Translate may ask for permission to access the following features:
• Microphone for speech translation
• Camera to translate text via camera
• Translate text messages to SMS
• External storage for offline translation data download
• Accounts and credentials to sign-in and sync across devices
Google Translate's app now instantly translates printed text in 27 languages
One of the most intense experiences you will ever have is visiting a country that speaks a different language than you. There are tons of tools you can use, but Google's Translate product has made a leap into almost everything over the years.
Its easiest and most impressive tool is the six-month-old Instant Translation feature, which uses the goodies from the acquired Word lens to let you point your camera at something written in another language, say a sign, And it will translate into your language with ridiculous accuracy almost in real time.
Today, the feature is expanding from seven languages ​​to 27 languages: English, French, German, Italian, Portuguese, Russian, Spanish, Bulgarian, Catalan, Croatian, Czech, Danish, Dutch, Filipino, Finnish, Hungarian, Indonesian, Lithuanian, Norwegian, Polish, Romanian, Slovak, Swedish, Turkish and Ukrainian. The update is being rolled out on both iOS and Android.
Google's secret to quick translation speed is its use of convolutional neural networks. It's great material, and the explanation by Ottavio Good, software engineer for Google Translate, is totally worth a read.
With a few additional tweaks, voice translations are also available much faster, especially for those in 3G or slower speeds.
With tools like this, I wondered whether translation tools cause us to rely on technology without actually learning the language. I prefer it to GPS, which hasn't helped me with learning places, but has made me rely on just GPS.
I spoke to Julie Catiau, Product Manager at Google Translate yesterday, about the Translate project as a whole, and asked about Translate in particular as an aid rather than a replacement:
TC: Tell me more about how people actually use Google Translate to learn a new language, and not just to survive in a pinch?
JC: Translation is not a replacement for a language learning curriculum; It's not going to teach you a language from the beginning or all the intricacies involved in learning a language. But at the same time, we hear from a lot of students and language learners who use Google Translate as an assistant. It can help by suggesting translations for unfamiliar words or can even help with pronunciation via text-to-speech. And recently, based on user feedback, we've introduced a new feature that allows our users to listen to translated words more slowly.
TC: Does the translation team move toward a certain goal or does it have a mission of its own? If so what is it?
Download Google Translate App
JC: Our mission is to help break down language barriers. Whenever someone has to face any obstacle due to getting another language,