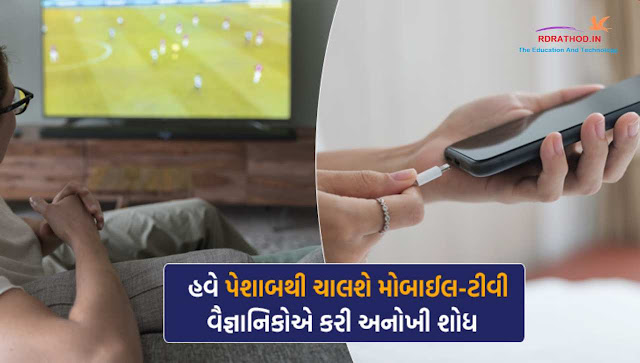 Know about it in detail
You no longer need electricity to charge the
phone or turn on the TV. You can generate as much electricity at home as you want by generating electricity from your own urine.

successful research by scientists
According to a report, the research being done on electricity generated by urine has been successful. Also, people will have the option of generating electricity from solar energy as well as wind power in future. This energy option will be much cheaper.
Urine can make electricity at home
A team of researchers in Bristol, UK has developed a new clean energy fuel cell made from human feces and urine. This cell can convert human stool and urine into electricity. It has been claimed that with the electricity generated from the cell, you can light the house throughout the day.
Project was started 2 years ago
The P Power project was reportedly unveiled at Glastonbury festival 2 years ago. Where scientists proved that electricity can be generated from the urine of toplets. After this work began on the mission of generating electricity from urine and lighting mobile phones, lights, TVs and homes.
Success in generating 300 watts of electricity
According to scientists at the Bristol Bioenergy Centre, the amount of urine people collected during the 5-day festival was able to generate 300 watts of electricity per hour. In other words, you can use up to 30 percent of this electricity generated from urine to light a 100-watt light bulb.
small microbes used
According to the scientists, the research used micro-organisms, a very rare organism that is invisible to the naked eye. Scientists filled a box-like cell with microbes. These microbes convert any organic material into electricity, including grass, human urine, especially urine. After the electricity is generated, the residue can be used as manure.
Pee Power Clean Energy Research To Generate Electricity From Urine