Until now the treatment cost was reimbursed only for treatment in government hospitals as per the provisions of the Medical Treatment Rules. Is. Accordingly, if the cost of treatment of government karmyogs is Rs. In case of more than Rs. 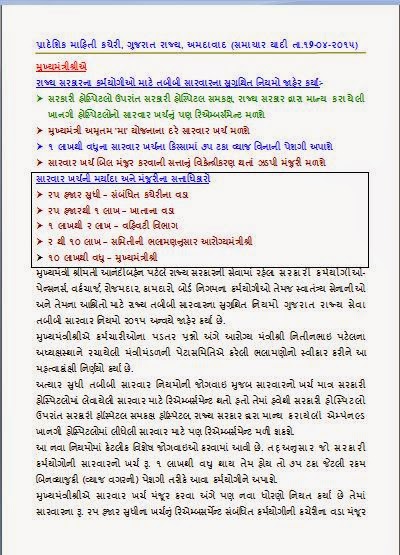 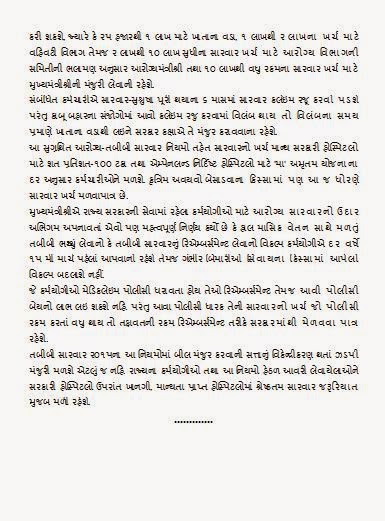 The Chief Minister has also set new standards for sanctioning treatment expenses. Reimbursement of expenses up to Rs. The approval of the Chief Minister is required for the treatment expenses of the amount.
The concerned employee has to claim the treatment within 6 months of completion of the treatment but if there is any delay in filing such claim due to unforeseen circumstances, it will have to be approved by the government level from the time of delay to the time of circumcision. According to the rate of Maa Amrutam Yojana for 100 TC and Empanel specified hospitals, the employees will get artificial limbs.
The Chief Minister, while adopting a liberal approach to health care for the employees in the service of the State Government, has also made an important decision that the option of taking medical allowance along with the monthly salary or reimbursement of medical treatment should be given by the employee before 15th March every year. No.
If the two employees have a medical claim policy, they will not be able to avail the benefit of reimbursement as well as such a policy batch, but the holder of such policy will be eligible for reimbursement if the cost of treatment is more than Rs.
With the decentralization of the power to approve bills in these rules of medical treatment 2015, not only will the state workers and those covered under these rules get the best treatment as per the need in government hospitals as well as private, accredited hospitals .......... ...